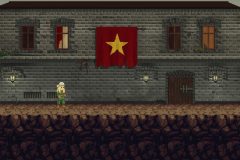 Loresoft is proud to announce that a stable alpha version for Katyusha (v.0238) is currently into development.

We are glad that we are exiting our early alpha version, with unexpected delays in our development schedule. That is the reason why during 2019 we stopped co-operating with our main developer. Our new developer started working on the project since Q1 2020. He created the code from scratch, solved all the important bugs, adjusted the A.I. and during the last months we are working on both level 2 and new features.

Our new developer is Marios Stinis, creator of Colourless, an addictive Platform on Steam. 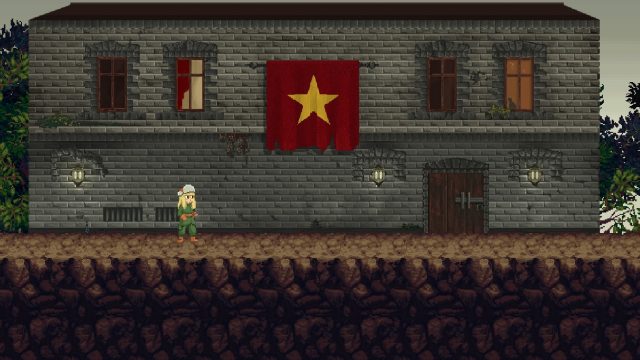 Summary of work being done

Upcoming features:
– Completing Level 2 background and scenery
– Crafting (will be presented extensively)
– The ability to disassemble objects and use items for crafting
– Historical World War 2 figures as NPCs
– First Katyusha truck
– New weapons
– New armor
– Quests and rewards
– Limited bullets
– Encumbarance
– The ability to read previous letters by pressing “L” (each letter will be probably removed when used for checkpoints).
– Karma: There is an internal discussion on whether we should include a “Karma” feature or not, ie. what you decide through dialogues and through your actions will determine whether you will be Good or Evil, but this is subject to discuss.

Summary
We appreciate your feedback and interest so far. Loresoft is a small development team with no funding support. Please be patient for our next updated demo version. As promised, our goal is to create the first 2 demo levels of the game and add as many features as possible so that we can look for a publisher or investor.

At the moment we are also looking for another 2D pixel artist and a sound effects engineer which will help us speed up the process. If those can get aboard during the next 2 weeks then we could reach our target in releasing an updated demo during Q4 2020.